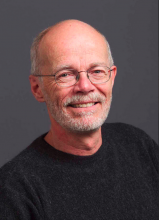 Studies of nucleic acid variation among strains of the human pathogenic fungus, Coccidioides, revealed that these fungi can be sorted into two species and several populations. This DNA variation has also been used to show that Coccidioides species are recombining in nature, despite the inability of mycologists to induce them to mate in cultivation. Phylogenomic comparison of Coccidioides species and related Ascomycota fungi showed that Coccidioides species have lost genes that other Ascomycota need to digest plant cell wall, and duplicated genes used to digest animal protein.  Population genomic studies show that there is hybridization between the species and introgression of selected genes. These results, combined with historical studies of Coccidioides species in nature, support a life cycle closely tied to populations of small, native mammals and provide a tool to identify pathogenicity genes in the fungi.

John W. Taylor is a Professor of Plant and Microbial Biology and a Curator of the University Herbarium at the University of California, Berkeley. Research in his laboratory focuses on the evolution of fungi, including fungal phylogenetic relationships, the timing of deep fungal divergences, species recognition, and the origin and maintenance of species.