Skip to content Skip to navigation
See our Campus Ready site for most up to date information about the fall semester.Campus Ready
UNIVERSITY OF CALIFORNIA, MERCED 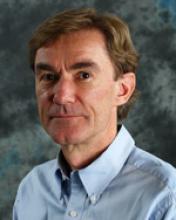 Valley Fever Seminar Series presents:
David Ojcius, PhD
Professor, School of Natural Sciences
“Inflammasome Activation by the Fungal Pathogen, Aspergillus fumigatus”
An effective immune response against pathogens such as viruses, intracellular bacteria or protozoan parasites relies on the recognition of microbial products called pathogen-associated molecular patterns (PAMPs) by pattern recognition receptors (PRRs) such as Toll-like receptors (TLRs). Ligation of the PRRs leads to synthesis and secretion of pro-inflammatory cytokines and chemokines. Infected cells and other stressed cells also release host-cell derived molecules, called damage-associated molecular patterns (DAMPs, danger signals, or alarmins), which are generic markers for damage. We will discuss the role that PAMPs and DAMPs play in stimulation of inflammation during infection by intracellular bacteria and the fungal pathogen, Aspergillus fumigatus. We plan to apply techniques developed for characterization of these infections to a study of inflammation during Valley Fever.
David obtained his B.S. and Ph.D. from UC Berkeley, and was a researcher at the Pasteur Institute and professor at the University of Paris before moving to UC Merced in 2004. He does research on interactions between pathogens and host cells, focusing on the role played by receptors of the innate immune system.
Email-friendly flier (210.15 KB)
Print-friendly flier (27.25 MB)